In the year 2021, cryptocurrencies like Bitcoin, Dogecoin, and Ethereum skyrocketed the cost of mining leading to a surprise shock in the whole world. This led to a stressful concern among people and authorities about the energy required to mine the coins. Soon in 2022, Cryptocurrency Mining cost went higher and almost crashed the markets resulting in a cost requirement of as much power as the usage done by Argentina in today’s time.

Personalities like Elon Musk came forward to decline the usage of bitcoin for transportation purposes. He simply reasoned that the fuel required to mine these cryptocurrencies are in a large chunk and should be avoided in the future. Hereby, we bring you everything that you need to know about cryptocurrency mining electricity cost.

It’s been reported that earlier in 2009, Bitcoin mining was done with a simple set up in your home with the requirement of electricity as less as a few seconds for one coin. This concludes that bitcoin’s value was primarily nothing. But today, you need all sorts of specialised machines which costs more than thousands of dollars to mine a cryptocurrency. Electricity required to mine a cryptocurrency in today’s terms is almost 9 years worth. This sums to a value of $50,000 for one bitcoin at present.

Cryptocurrency has created more hype than ever in entire history and people are losing their minds over it. Heavy investments and crashes can be seen every now and then. The fearing factor here is electricity that is used in an amount no one can imagine. Finland, a country with a population of 5.5 million uses less electricity than the process of creating bitcoin trade is done at an annual rate today. In the last five years, usage of electricity has gone higher than ever and it is being claimed that the bitcoin network needs electricity as much as Washington needs electricity per year.

For centuries, money has been a medium to trade. Coins and notes have been familiar and no one thought it would be replaced by anything digital. People created banks, went ahead using cards and cheques. Bought cars and plots with it but today, we live in an internet age and all of this is slightly changing. As the middlemen were a major part of the money transactions, some free thinkers decided to create a way out of these controls.

In 2008, Satoshi Nakamoto published an approach towards a cash-like electronic payment system where the purpose was simply to cut the middlemen out of the system. This is where bitcoin began. Bitcoin users felt completely free and independent from relying upon banks and governments. But the problem soon became the limitation of supply of bitcoins. As the bitcoins are limited and hold a lot of value due to its ‘cutting off the middlemen’ reason, one bitcoin is worth $50,000 currently.

During the initial stages, the mining of bitcoins was done from a simple living room in a house with a small set up of devices. But today, several specialised and heavy devices are required which cost several thousand dollars. You also need enough cooling power to keep the devices away from overheating. This is why the existence of giant data centers came into light today. The mining now takes place in these data centers which are owned by big brands and companies. According to recent news, only 7% of the entire mining groups in the world own nearly 80% of all the computing power on the network. There is no firm solution to this at the present moment and some environmentalists have started to stress already. People don’t know what to do next but want to keep the mining going. Countries like China are already creating restrictions and strict guidelines around the mining system but miners are moving to different places like coal rich Kazakhstan and electric grids like Texas. 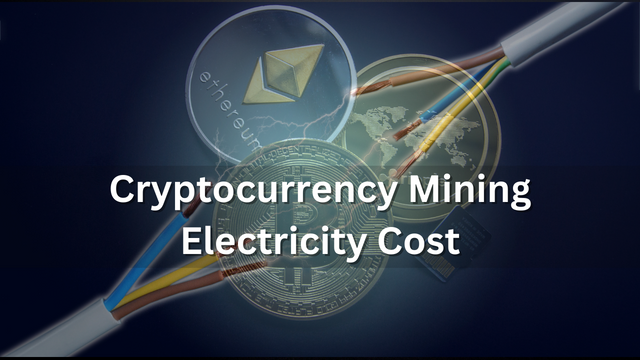 If you googled this question a few years back, the answer would definitely have been a yes. But today it is divided into a list of pros and cons when it comes to the profit of mining cryptocurrencies. Although the profit is never guaranteed, it is always worth considering which gives the benefit of mining these currencies. Many bitcoin holders believe the value will increase and swing back but others claim the opposite. A con is that bitcoin mining is simply not for everyone. It requires a huge amount of investment. You will always have to be prepared to pay a high bill on a monthly basis if you calculate the overall cost of mining cryptocurrencies today.

Thank You For Visit CyberLearning