Even before you buy Cryptocurrency mining equipment, you can determine whether or not it will be profitable to do so through the use of online calculators that are associated with mining pools or other platforms. They are ranked according to the amount of hashing power they have, the amount of power they consume, the temperatures at which they operate, and the algorithms that they mine.

How To Sell Bitcoin?

Here, we have mentioned the Top cryptocurrency mining hardware requirements. So read it carefully.

This cryptocurrency mining hardware has a power efficiency of 29.7 joules per terahash, and it makes a profit of $12 every day while having an electricity cost of $0.1 per kilowatt.

Even though Bitmain doesn’t sell the device directly to customers right now, you can buy it from several third-party sellers and on Amazon and eBay. It has three boards with 16nm chips on them. The device came out in January 2018 and is not too expensive. If you don’t buy the power supply separately, you can get it for about $430. The device’s power supply is of the ATX type and has at least ten six-pin PCIe connectors.

On the other hand, it looks like the device has a negative profit ratio of 13%, and the daily return is expected to be around $-0.71 if the device’s power efficiency is 0.136j/Gh. On the other hand, NiceHash thinks miners who use their pool could start making money at 0.10 USD daily. 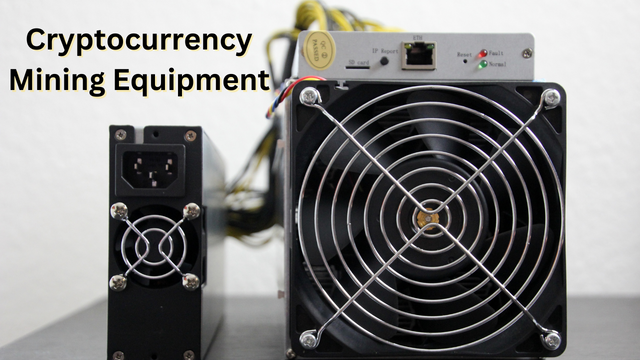 The AvalonMiner 1246 is without a doubt one of the best pieces of Bitcoin mining gear available for SHA-256 algorithm coins such as Bitcoin and Bitcoin Cash. It features a high hash rate and was released in January 2021, making it one of the most recent Bitcoin mining devices on the market.

If the device has a power efficiency of 38J/TH, you can anticipate earning between $3.11 per day, $93.20 per month, and $1,118.35 per year. That depends on the price of mined Bitcoin and the cost of power where you are mining. It is among the top Bitcoin mining hardware available when searching for guidance that can be accommodated.

The MicroBT Whatsminer M30 S++ is the most recent piece of cryptocurrency mining gear produced by the firm. Based on its hash rating, it is one of the quickest mining hardware available.

As a result of the significant amount of power it consumes, it is possible that novice miners should avoid using this gadget. It is ideal to utilize it for mining in places where the cost of electricity is low because, in those places, you can make an average daily profit of between $7 and $12 even if the cost of power is only $0.01 if you deduct the cost of power first. It has a mining efficiency of 0.31 joules per gram of material.

The mining gear is always evolving, and newer devices that have better hash rates are being produced. The greatest Bitcoin miner has a hash rate significantly higher than 10 TH/s, as well as excellent power consumption and efficiency. Nevertheless, the profitability of mining Bitcoin is contingent on the amount of power consumed, the price of electricity in your region, and the price of Bitcoin.

Because all of the Cryptocurrency mining equipment on this list mine cryptocurrencies based on the SHA-256 algorithm, they come highly recommended for mining Bitcoin, Bitcoin Cash, and Bitcoin BSV. Most are also capable of mining for up to and sometimes even more than 40 other coins.