Realme UI 4.0, based on Android 13, is preinstalled on the Realme 10 Pro plus. The UI’s overall design language has a simple vibe to it. A Mediatek Dimensity 1080 CPU powers the Realme 10 Pro+. This chipset is exclusive to this phone in India. It also offers support for RAM expansion, up to 8GB LPDDR4X, and is coupled with this complete procedure.

The display on the Realme 10 Pro plus is tuned to the ‘Vivid’ colour profile. The mobile provides crystal clear visuals thanks to its 6.7-inch (17.02-cm) display with a resolution of 2412 x 1080 pixels. It also supports several 5G bands and has Dual SA modes. You may enable ‘Smart 5G’ in settings, which automatically changes between 5G and 4G based on the signal to save battery life. 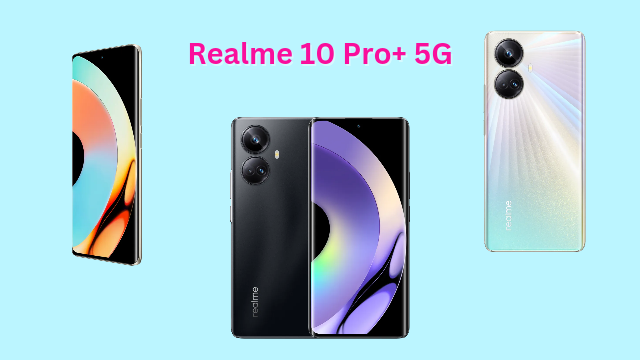 Get your hands on the brand new Realme 10 Pro Plus, which includes eye-catching features in addition to its attractive appearance.