Realme UI 4.0 launched with the 10 pro series on 8 December. The most up-to-date generation of Realme’s in-house designed user interface. Realme has recently risen to become India’s second-top shipping smartphone manufacturer. Demand is sure to be rather high for it. Let’s look at everything you need to know about Realme UI 4.0 and what it offers.

Realme UI 4.0 is launched with the 10 pro series. The company says that the new skin was made to improve performance in four main ways: real design, real smoothness, real safety, and real pleasure. Because people use so many apps every day, more user-friendly app icons have been made to help people understand what the icons stand for as soon as they see them. Realme UI 4.0 has a new layout that looks like cards, and the most-used elements have been moved around and made clearer.

In the middle of this week, Realme announced that its Realme UI 4.0 would be built on Android 13 for its qualifying devices. Realme UI 4.0 release date was December 8 at 12:30 PM, along with the Realme 10 Pro series.

Every eligible device will be prompted to upgrade the software it gets, but this will only happen once the stable version has been sent to all the devices. Follow these instructions if you want to get your hands on the early access (beta) version of Realme UI 4.0:

After you’ve done these things, you’ll be able to get the Realme UI 4.0 beta version based on Android 13 as soon as it becomes available for your device. Once the steps have been done correctly, this will happen. There may be problems with the early access version that could make it harder for you to use the programme. Also, you shouldn’t use a beta version of software on your main smartphone because it could crash unexpectedly and cause you to lose data. 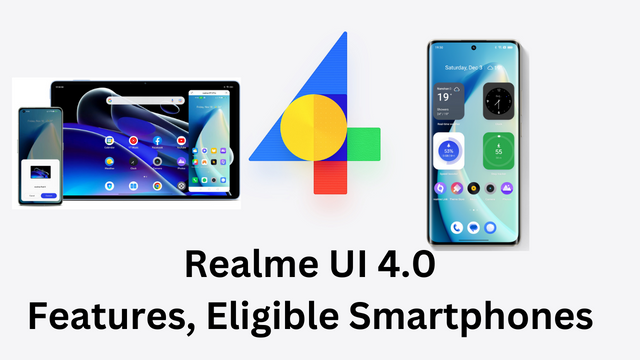 We learned about some of the new Realme skin’s major features due to the beta testing done on the GT 2 Pro. The features of the Realme UI 4.0 have not been revealed to the public just yet. This article provides you with all of the information that you require relevant to it.

Anamorphic is not a new word for customers of OnePlus or Oppo. Both companies have utilised this theme on their recent versions of Android skins; thus, the moniker is not unfamiliar to them. Realme is currently utilising the same for developing its newest skin for Android. This term comes from the Latin word for water, Aqua, and as a result, the aesthetic is characterised by the juxtaposition of the colours white and blue.

Realme will likely incorporate the same media player introduced with Android 13 into its most recent skin. This is the expectation, at least. A huge rectangular cut has been made for the new media player on the notification tray, along with new controls and additional room for the song name and description. The song progress bar has been changed to look like squiggles.

With the release of Realme UI 4.0, the company is introducing a huge folder option. We won’t know what the corporation plans to call it until after it has been released; they might call it a Big folder or a Large folder. However, thanks to the new feature, users can organise numerous applications into a single folder on the home screen.

In India, all of Realme’s devices could get early access to Realme UI 4.0, based on Android 13. This was announced in a post on the Realme Community pages. Android 13-based Realme UI 4.0 will continue to be rolled out until September 2023, when the last of Realme’s eligible phones will get the update.

Realme UI 4.0 has more than 260 new features and improvements that make it our smoothest software yet. So that every interaction continues to feel “real seamless and real fun,” several new features have been added to improve performance, add more seamless animation effects, and protect users’ privacy more. We hope you like the information.